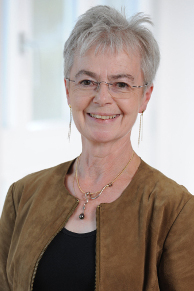 She has been an Associate Editor of Coordination Chemistry Reviews, and from 1997, has been one of the two Executive Editors for the inorganic chemistry journal Polyhedron.

In addition to research which is run jointly with Professor Edwin Constable, one of Catherine's major interests is the writing of chemistry textbooks (see under Publications).